So you’ve begun to write your first script. Hurray! Congratulations. You’ve taken the most important step.

As you write, you finally reach the point where you have to describe your female character.

Avoid anything like “she is beautiful/gorgeous/sublime/sexy” or any other derivatives. If her physical appearance has no impact on the story, then just don’t do it, dude. You have no idea how irritating it is for a script reader who has reached their fourth screenplay of the day to read a passage like this one, where a female character gets murdered:

Her limp body meets the ground. Limbs tangled. Coming to rest on her back. Still beautiful.

Like, she’s dead. But hey, she’s still beautiful, so it’s okay, cause that’s what matters. Or:

DO NOT OBJECTIFY WOMEN IN YOUR SCRIPT.

PERFECT LEGS below a leather skirt

By the way, you think I’m making this up? All examples used above are either something I read in a screenplay, or something fellow script readers shared with me because it’s cringy.

Now you might ask: “So Dave, we can’t describe their physique, but we can describe what they’re wearing, right?” Well, that depends. It’s fine if you’re going to describe something like:

But if you’re going to describe

how tight the character’s mini-shorts/leather pants are, how curve-hugging her tank top is

then it’s basically another way of objectifying your character.

If your character’s main trait is their beauty, like, I dunno, Helen of Sparta in Troy, then I get it. The whole point of that character is that she is often objectified yet completely ignored. But if you look at how Marta Cabrera from Knives Out or Elizabeth Swan from Pirates of the Caribbean is described, their beauty isn’t the first thing written about them.

If you have a character, male or female, then chances are that during production, a good-looking actor or actress will be cast to portray them anyway. So you don’t need to describe the character’s physique.

So what to do?

And instead of spending five lines describing the tightness and sexiness of the dress your female character is wearing, simply put “cocktail dress” and move on. Just, please, keep in mind that the script will be read by cast, crew, development executives, producers and if the film makes enough money, hell, maybe the script itself might become a book.

If the description only serves to better detail how good-looking this woman is, then you might as well take it out. 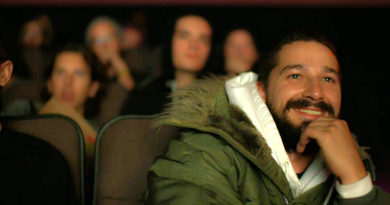 Trying to be the “funny guy” while writing your script? Well, don’t!